Canang sari is a very important tool that complements every offering or offering. In the case of the canna sari is called the main means in the offering or worship. Basically all Hindus use canang sari for all ceremony supplies. Business Empowerment canang sari is the main work done by the poor especially by the mothers who are in the village to punch Kangin Karangasem. The skill of making this canang sari does not require special education and does not require so much capital, and large plus the banners trail is passed by many people going to Pura besakih. To help improve the living standard and income of PKK mothers aged 25 to 40 years old and the background of high school education, whose economies are less capable in Menanga Kangin Village, it is necessary to empower the canang sari business, conducted both in groups and in Individuals. So mothers who are in the village gossip have so much enthusiasm to learn to make canang sari even though they have no knowledge about canang sari according to Hinduism Framework ie Tattwa, susila and Event.

The methods used in this study were Servy, interviews, outreach and training. Uaha Canang Sari participants were around 20 to 40 years old and their educational backgrounds were elementary school graduates. They sell in the morning until late afternoon, the location is on the side of the road to the temple to besakih. The canang sari business empowerment in Menanga Village is very much considered human resources for the Village Village Government to carry out activities such as Dharma discourse, training on training Bebantenan specifically canang sari which is in accordance with the concept of Hindu religion teachings, the sustainability of the business of Canang Sari gets assistance from the traditional village government, such as financial loans in the form of money from LPD, and marketing methods so that it can continue not only to the village of lanin 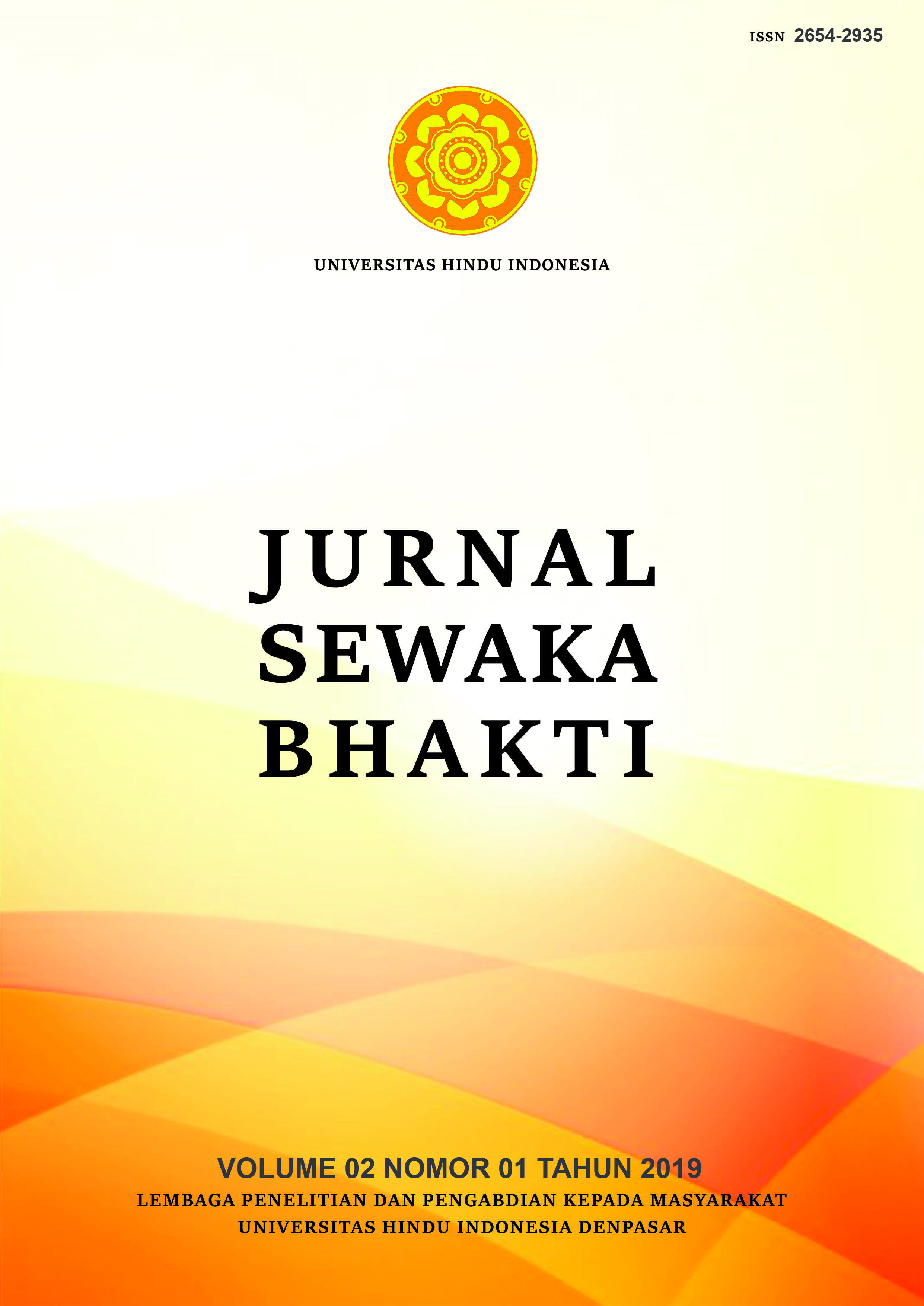