This study aimed to determine the types of STH that contaminate cabbages in the Tabnan traditional market, and to determine the effect of leaf position and washing method on STH contamination. This study using completely randomized experimental design. The research was carried out in the Tabanan traditional market. A total of 28 cabbage were taken in 10 traditional markets in Tabanan Regency. Laboratory tests were conducted to determine the presence of STH were carried out by 0.2% NaOH sedimentation technique and centrifugation. The STH examination method uses the Kato-Katz method. The results of the study found soil transmitted helminth larvae on the strands of the outer cabbage leaves without washing and stagnant water washing. STH larvae found were filariform larvae of Necator americanus and Ancylostoma duodenale on the outer strands without washing. Whereas in the outermost strands with stagnant water washing only filariform larvae of Necator americanus were found. When compared to the average number of three replications, in the outermost cabbage strands without washing found more larvae compared to stagnant water washing. In the outermost strands by washing the running water there was no STH contamination nor did the middle strands and inner strands, either without washing, washing in stagnant water or washing water flow. However before consumption, cabbage should be washed with running water, to avoid infection with STH through the oral route. 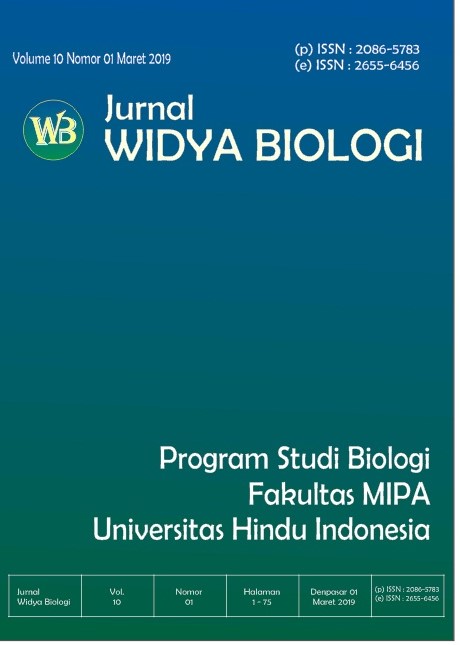