Studies on conflicts over the use of tourism space based on potentials and problems in the coastal area of Tanah Lot. The development of several sectors which are the main potential to be developed, namely the tourism sector, the agricultural sector, the economic sector which is a form of spatial use. From this development, of course, it involves various interest groups in the utilization of tourism space in the coastal area of Tanah Lot. From the various interest groups that exist, there will be competition between the interest groups and stakeholders, which is accompanied by negotiations. The purpose of this research is to understand in depth the conflicts related to the use of tourism space in the coastal area of Tanah Lot. In this study, using a qualitative method with a naturalistic approach to produce descriptive data in the form of written or spoken words of the person or object being observed. For the discussion and analysis of the data carried out inductively. In this study, observations were made to see directly the land use process that occurred in the coastal area of Tanah Lot. The theoretical basis which is used as an assumption in this observation is the zoning theory of spatial use, interest group theory, conflict theory, land use conversion theory, coastal area theory and tourism theory. From the results of this study it can be concluded as follows; The form of existing spatial use is dominated by rice fields, both still productive and unproductive rice fields. Unproductive rice fields are in the form of plantations. Spatial use conflicts that are very prominent are not in accordance with the Regional Regulation Number 16 of 2009 on the Province of Bali, concerning the RTRW of the Province of Bali. 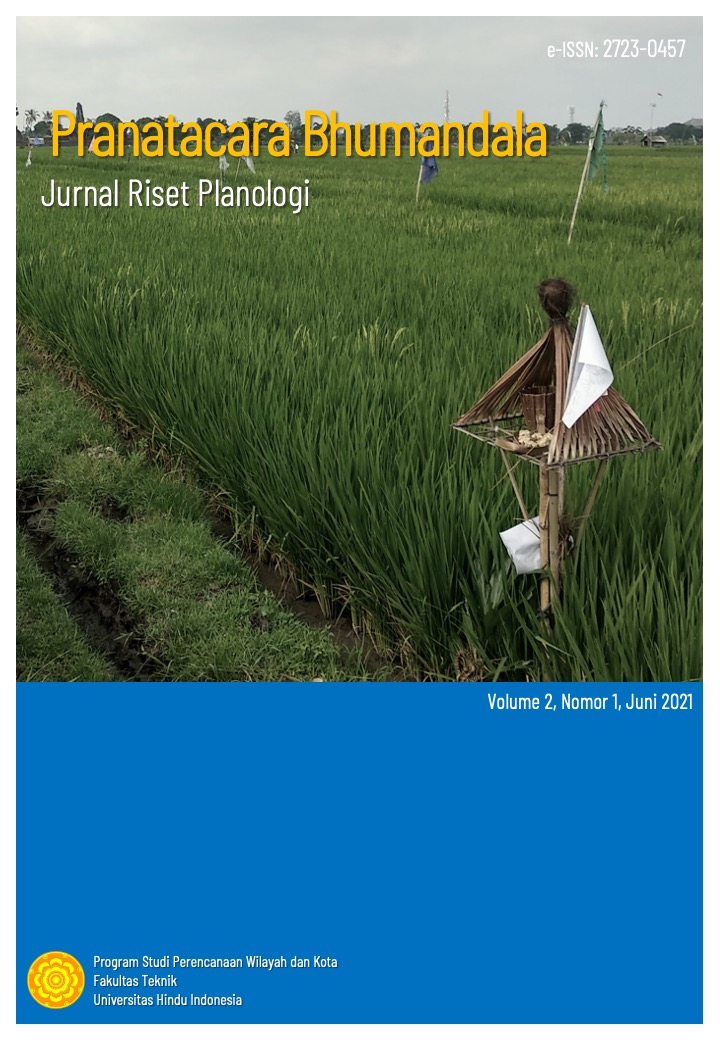