This study aims to find out and understand deeply the phenomenon of spatial development patterns in the suburbs of Batubulan, Sukawati District, Gianyar Regency. This research is based on circumtances that the area is identified as a suburban area that is affected by the development of the city of Denpasar. This study uses a qualitative method with a naturalistic approach. Observations in this study were carried out to see the phenomenon of spatial development that occurred in the Peri Urban Batububulan area with a radius of 2 km from the Batubulan Highway corridor as the center. Morphological developments were analyzed periodically over 5 periods of time, namely data on built up land in 1997, 2002, 2007, 2012, and 2017. This tenth period can describe the pattern of land use in 2017. This study found that the pattern of morphological development that occurred in the outskirts of Batubulan in the form of a ribbon/ribbon with symptoms of urban sprawl. The factors that cause the spatial morphological pattern that occurs are due to the emergence of new growth poles, the spatial implications of the development of the city of Denpasar (multiplier effect) towards the periphery and the development of primary arterial road corridors, Jalan Raya Batu Bulan and Jalan Prof. Ida Bagus Mantra. 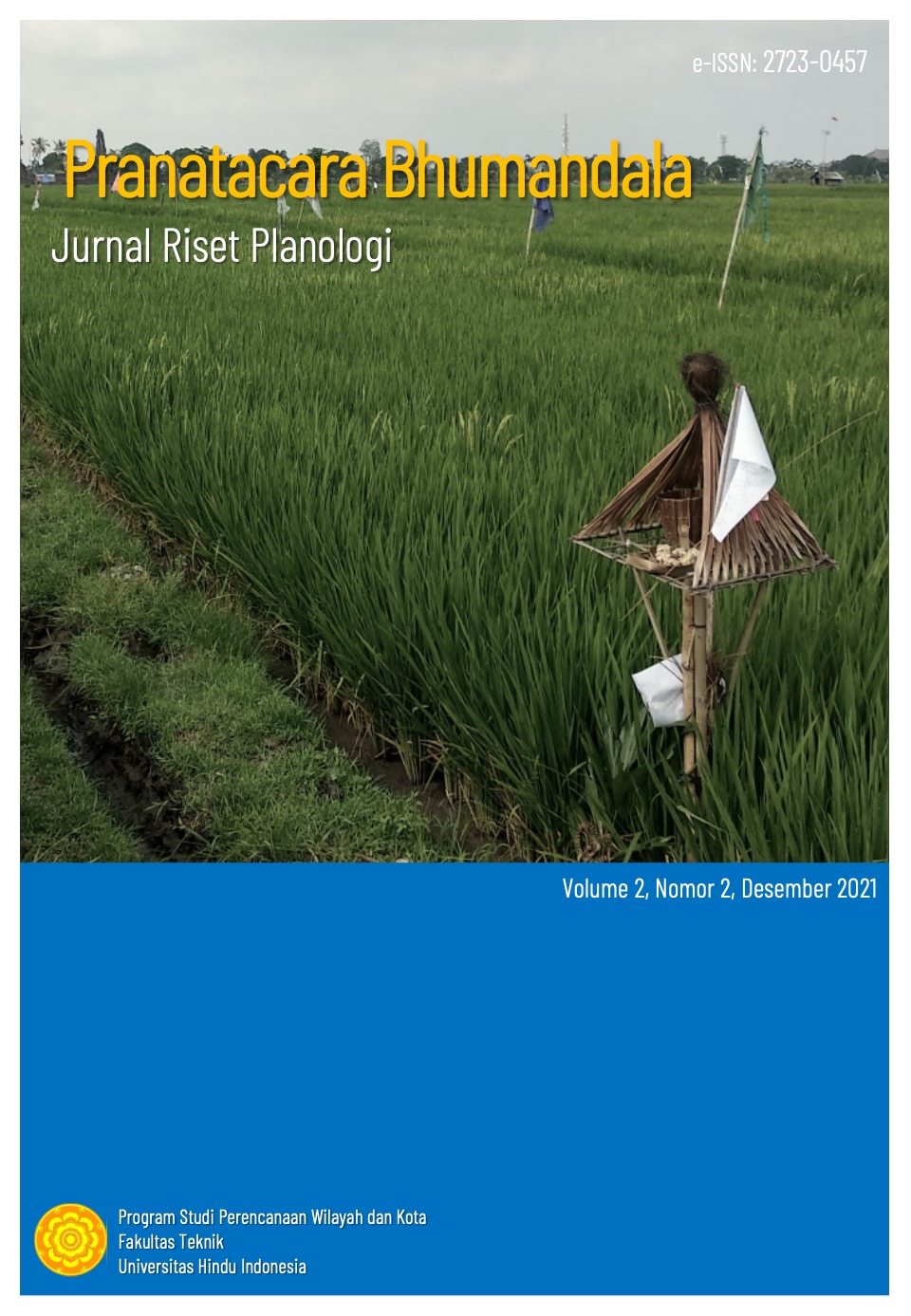