In general, what is meant by percussion has to do with sounding the gamelan. Maybe by hitting, blowing, swiping and others. Tet Port or percussion is interpreted by the sound of gamelan music in a performance, as a supporter of a ceremony or accompaniment of a dance. Specifically in Balinese musical meaning, what is meant by percussion is the result of the artist's ability to achieve a balance of the game in realizing a repertoire (reportoar) to match the soul, taste and purpose of the composition. Beating does not mean the origin of hitting the gamelan following a melody, but hitting the gamelan with all the rules or procedures that have been determined so that the sound of the gamelan can be heard beautifully. The beauty arising from the sound of the gamelan, not only depends on one factor, for example, because the composition of the song is played well, but the beauty occurs due to a balance between the song composition factors, the sound of the gamelan itself including the barrel, the procedures or rules for voicing the gamelan, skills and the artist's ability to animate the song's play. The implementation of religious traditions in the Pupuan Sawah Village is always accompanied by percussion or gamelan to show an aesthetic or beauty and contain the full meaning of sacredness. 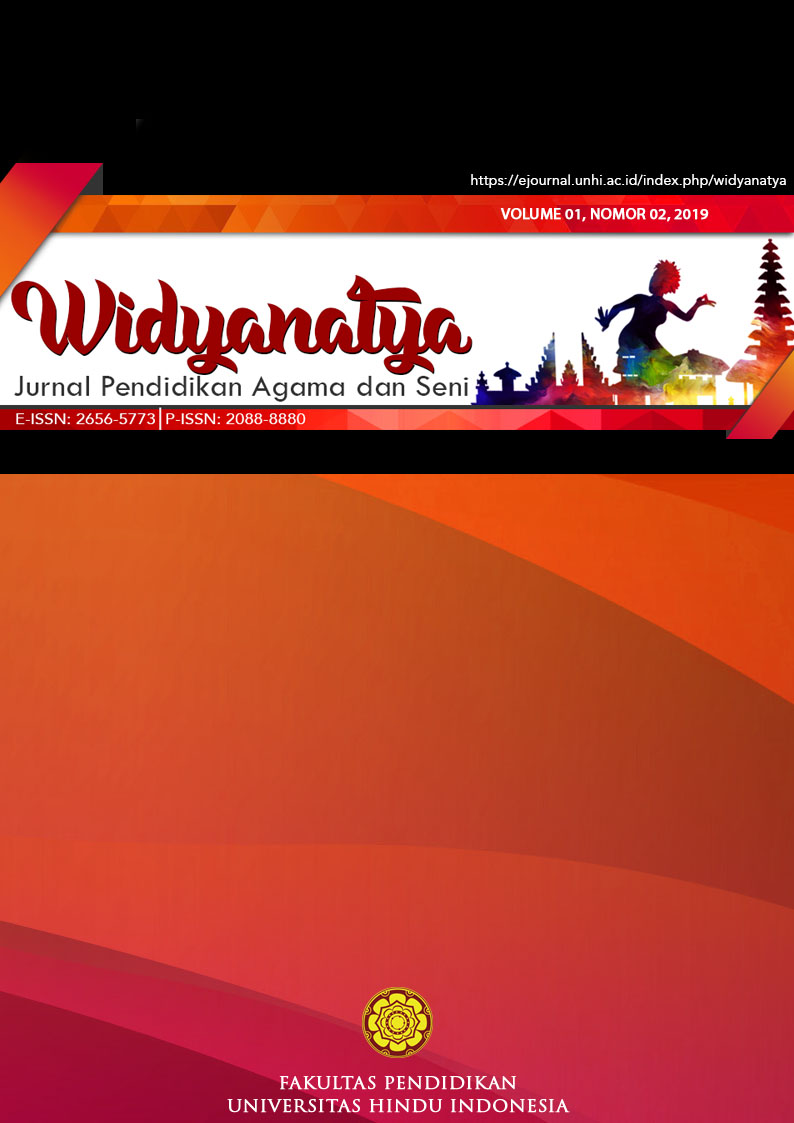